London, England, Uk, November 27 2018 - Pioneering transplant surgeon Paolo Muiesan at Heathrow Airport on his way to Italy.
Mr Muiesan is returning to Italy after about 1,000 operations and 26 years in the U.K. The reason, he says, is Brexit. “I’m disappointed that the European dream, of working and living in a borderless world, has failed,” he said. The U.K.’s planned departure from the European Union in March next year is fueling an exodus of European workers from the U.K. Their departure highlights how Brexit is rippling through the U.K. economy, worsening labor shortages in critical industries where native Britons with the right skills are in short supply. This squeeze is especially pronounced in healthcare, which is dominated by the National Health Service, the state-run system that’s a pillar of British national life. 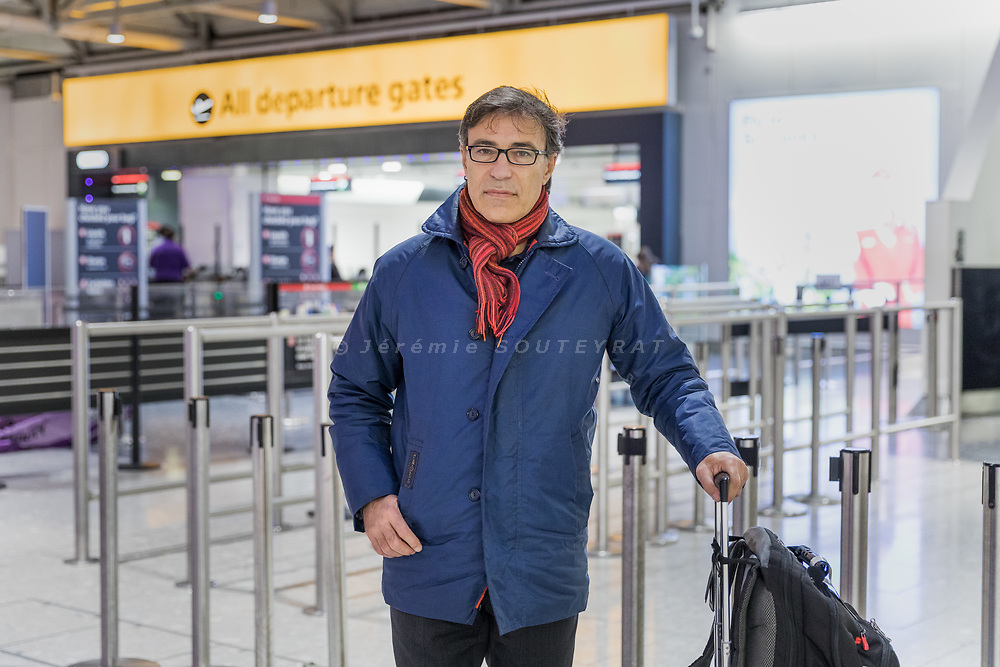