Tokyo, Japan, March 18 2016 - Portrait of Japanese collector and industrial designer Seiji OHNISHI. Mr OHNISHI collected aluminium objects of daily use : tools, cooking ustensils, household appliances, items of furniture and toys. All were produced as objects of anonymous design in the period from 1910 to around 1960, when Japan’s modernisation began to take hold following World War II. As a populous island nation with few mineral resources, the country has a long tradition of reclaiming and reusing materials. Today, Japan is the world leader in the re- cycling of aluminium cans and especially during the war and in the post-war period, objects that would normally be made of steel, wood or ceramic were produced there in aluminium – a material which is expensive to manufacture in the first place but very easy to process. 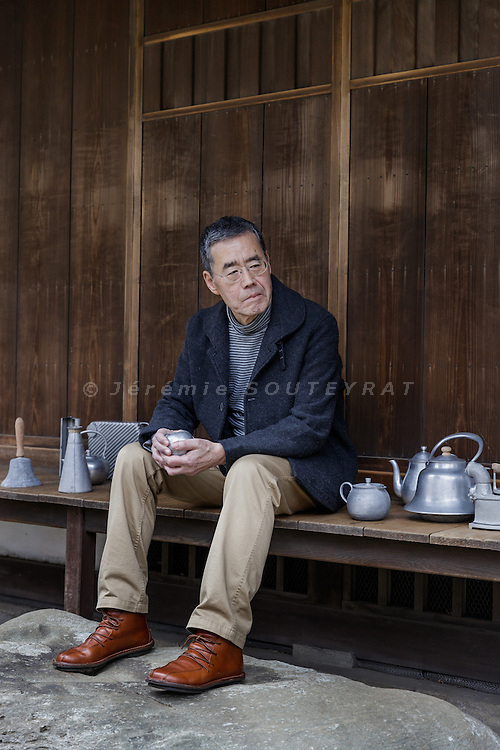